Please note -  We are prepared and willing to provide a single visit assessment of your situation, at no charge, for metropolitan Minneapolis-St. Paul Area companies.  If it is in an outstate area, we will generally provide the same service for 1/2 our normal hourly rate (including travel time), plus expenses. 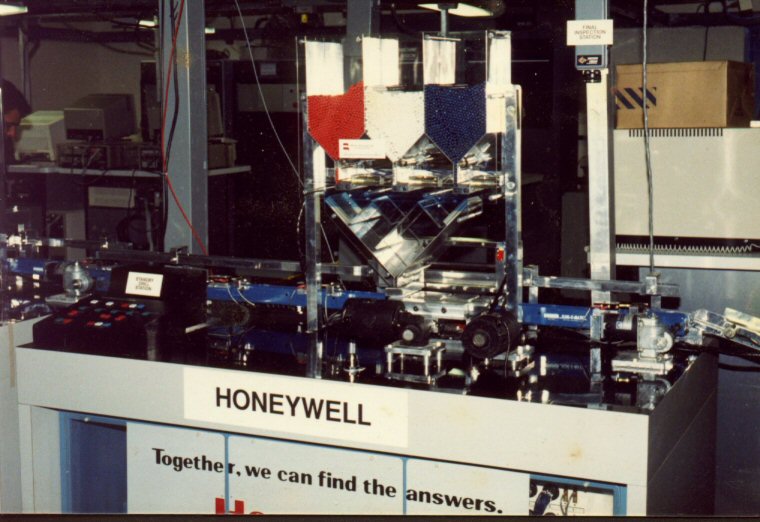 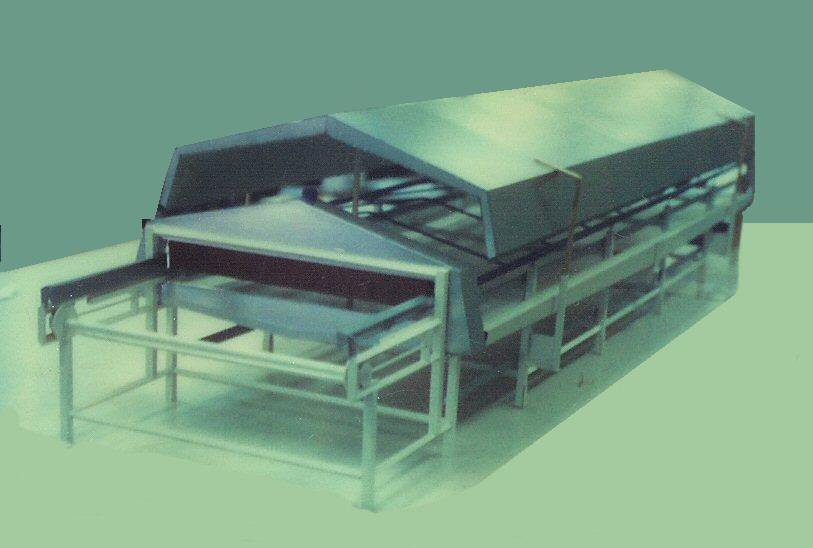 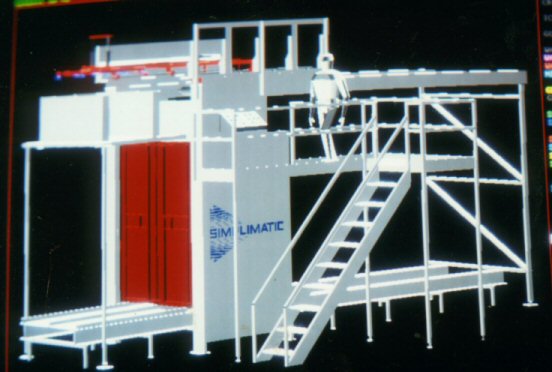 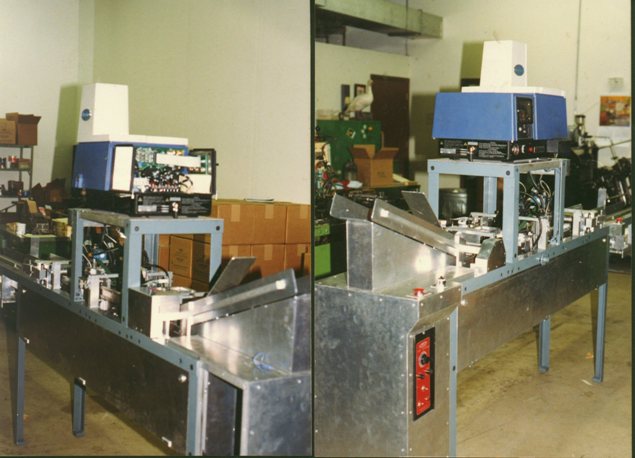 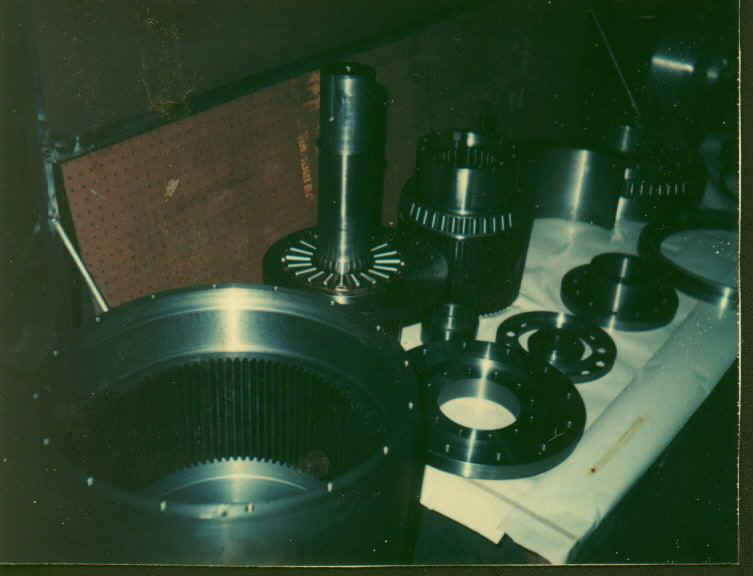 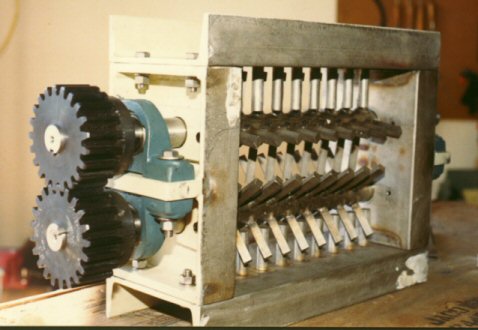 Computer simulation  Review and redesign of an installation where the manufacturer of the system was unable to offer an explanation for the system's non-function.  Conducted investigation and analysis and recommendation to fix accumulation conveyor system for production and loading of various sizes of commercial flour packages ranging from 5 to 25 lbs. Included full review of power, belts, rollers, tracks, layout, controls and recommendation for increasing capacity by about four times. (Peavey Con-Agra)

Computer simulation of industrial chemical treatment facility for batch/continuous processing of large printed circuit boards. Object was to maximize throughput of product through the facility where this allowed calculation of the process to be reduced from about one day to 10 minutes.  This process is very similar to the standard machine or work station loading problem for maximizing throughput.

CONTROL SENSOR DEVICE THREAD FIT PROBLEM   Review of  line of parts for control sensors for European organization to determine source of problem involving fitup of their parts with components of competitors.  Identified problem as lower quality control of competitors parts that allowed distribution of less than standard components. Submitted analysis and recommendations.

CRATING FOR LARGE EQUIPMENT   Complete design and supervision of crate construction for over the road, long distance shipment of heavy high production food equipment.  Supervision of loading/unloading of crated equipment onto carrier vehicle.

DIESEL ENGINE PLANT LAYOUT   Measurement, investigation analysis and layout for location of equipment, power, storage and offices for a 2X expansion of manufacturing facility for re-building of cast engine blocks. In addition, we reviewed separate work stations for improvement and coordination with material flow through system.  This and others.

DISPLAY RACK SYSTEM FOR RETAIL OUTLETS   Reviewed system for design and production of display rack system for one of the largest suppliers for this type of equipment in the world. Report included analysis plus alternative designs (Streater Corporation)

DRYING SYSTEMS - COMPUTER MODELING  We are able to generate all equations plus computer modeling (including graphical follow-on) for computer modeling of the drying process for just about any material.  This includes turkey litter, wood chips, breakfast food, pet food, and most any other computer fed material.

ELECTRONIC CONNECTOR CRIMPING STATION   This unit was created to perform the operation of crimping the connectors onto the flexible tab ends of printed circuit laminations. This was created to eliminate the necessity of performing this difficult function by hand before it degenerated into a much more serious situation.  This also served to speed up the process by at least two times.

ENVELOPE FORMING MACHINE  We designed an envelope forming machine to replace an existing, but very old, machine.  The object was to duplicate the function of the existing unit but at approximately twice the speed.  In addition, the setup for each individual envelope size took about 4-6 hours.  By making the width of the carrier track adjustable with a hand crank, we were able to cut setup to about 20 minutes per size.  Also, the output per unit time was about two times the original unit's.

FISH COOKER  Design and construction supervision of large scale tuna fish cooker.  This involved all aspects of the design and construction.  The most serious design consideration was to deal with the unequal coefficients of expansion of aluminum and stainless steel.  All US and California FDA and OSHA standards applied here or included.

FLAKE OR PELLET DRYING SYSTEMS  Design or modification - including complete thermal analysis and computer modeling. These are large dryers used for the final drying of items such as Kellogg's Corn Flakes, Wheaties, Post Toasties and other familiar breakfast foods.  Flake and pellet dryers are simply large boxes, perhaps 10' to 12' square in cross section by as much as 50' long, with large perforated slat conveyors stacked inside.  A proportionally controlled air stream is passed through the system, from bottom to top to dry the product.  About thirty different units of various capacities.

FLAME LAMINATION SYSTEM EQUIPMENT  Review and recommendations for system for lamination of urethane foam to vinyl substrate.  Included were recommendations for continuous feed system, roll steering mechanism, vinyl and foam tension control systems, precision indicators for nip down pressure and levels, pull roll mechanism for finished goods side, and finished goods roll-up.  As part of this we designed a web accumulation system for the foam web.  This was to facilitate changing to each new web roll as the old one ran out.

FOAM ROLL PEELING SYSTEM  This effort was to investigate, describe, and make recommendations for a set of jobs required create large bulk cylinders of urethane foam, mount them onto cutting machines, and shape them into perfect cylinders.  Then a pre-determined thickness of material was peeled off (much as one peels an apple) as the roll was rotated against a knife.  Our function was to review the individual stations to solicit and document the operator's opinions as to how the station could be improved.  Our report consisted of adding our own recommendations, organizing the data, and publishing.

INSULATOR CARRIER FOR MOBILE SUBSTATION   Structure mounted to rear of mobile substation semi-trailer to carry the large, high voltage (17,000 volts) emergency power insulators. Featured built in crank system which could be actuated from the ground by one person to move outside insulators away from center to provide 4-foot separation on both sides.

GENERAL MOTORS/BOEING FACTORY OF THE FUTURE 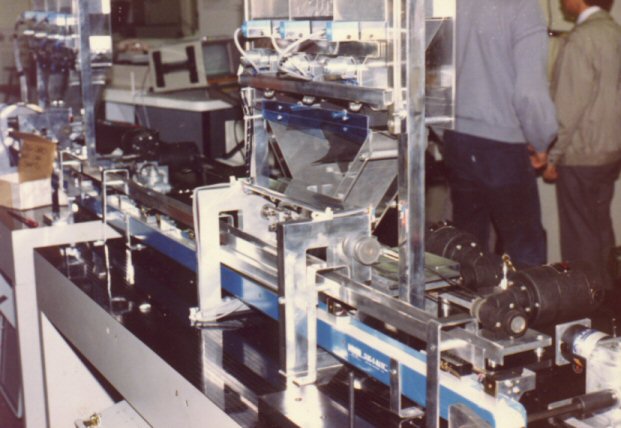 Factory of the Future for a 30 company consortium, led by General Motors and Boeing.  The major participants were Honeywell, Allen Bradley, Gould, Seimens, and ASEA.  A lesser but critical role was covered by virtually all major computer control manufacturers in the U.S.  The project was a  demonstration of the potential of MAP (Manufacturing Automation Protocol). MAP is a system of standardized procedures and configurations which allow automated pieces of computer controlled equipment and robots to effectively communicate with one another. MAP is the system upon which the present SATURN facility was originally developed.  Our function was to design, build, and debug the complete system of controls, switches, conveyors, dispensers, and tables.

PRINTED CIRCUIT LAMINATION MACHINE   This project involved designing a system whereby the clear layer could be applied to the PC substrate material in such manner as to eliminate serious reject (scrap) numbers and the problem of a curl being developed in the laminate due to the roll pressure.  We absolutely solved both problems in such manner as to cause the client's main customer, a refrigerator manufacturer, to increase its orders of laminations by multiples.  This is a concept we may attempt to develop into a product at some point.

ROCK CUTTING TIP TEST FIXTURE  Designed and built fixture for mounting and testing various tips for earth, coal, and rock augers.  These tips resembled large index fingers (6" +) with fingernail attached.  This involved extremely high forces in the rotating system.  We designed and specified all linkages, bearings, and other critical components.  This also included a very thorough analysis based upon inputs specified by the client.  (U.S. Bureau of Mines)

SILKSCREEN SYSTEM FOR COTTON BOOTIES This effort was to troubleshoot and repair an inoperable piece of automatic silkscreen application equipment for cotton "booties' worn by hospital patients.  No manuals or repair instructions were could be located.  The first thing we did was to run down all the wiring to locate all start and end points.  Then we constructed a formal wiring diagram from the site sketches.  Next, we constructed the ladder diagram of the complete system, streamlined the controls, corrected existing and potential problem areas, and tested the final system.

SNOW THROWER PRODUCTION PLANNING  Between 400 and 500 new drawings were required for Toro's original three-unit line of two-stage snow throwers.  Using one layout draftsman, new to Toro, and seven contract draftsmen, we designed the units, documented the production procedures, diagrammed the processes, and laid out the production floor plan.  All the manufactured subassemblies were drawn with find numbers to identify the various parts or subassemblies for each assembly station.  Appropriate drawings were then hung up at each assembly station as a reference guide.  Finally, we spent three days at the Windom plant educating each assembly station operator as to what we were attempting to accomplish. *

That year, as result of this effort, the line received the highest internal quality rating ever achieved by a new Toro consumer product line (97% or 98%).  This was a higher rating than the, then current, walk power mower lines - Toro's bread and butter (94% or 95%).  Middle unit of the three unit line was selected as No.1 with Consumer Reports in the following (second) year.  We determined this was clearly the only way to operate when dealing with first year production at a remote assembly facility.

SPACE HEATER - TRUCK  This effort involved a situation whereby 35,000 space heaters were languishing in a warehouse because they were overheating or burning out, sometimes, in as little as two to four hours of use.  We clearly identified the problem, and recommended a simple rework to add a couple small parts.  The effort was quite successful.

ULTRAVIOLET LIGHT CURING SYSTEM   Safety review of light curing system for adhesive joining of various components. Included analysis of safety issues such as pinch points, eye damage potential, and manual problems. Recommendations were made for changes to both equipment and manual with ultimate goal to obtain U.L. approval.

URETHANE PROCESS REVIEW AND RECOMMENDATION   Review of complete process for molding of soles onto shoes and boots for manufacturer.  Analysis included recommendation for improvement of affected fabrication procedures and processes.  This effort involved three separate facilities interviews with about 30 people, and review of the complete fabrication procedures for all lines of boots experiencing problems. (Redwing Shoes)

WOOD CHIP DRYING AND CONVERSION OPERATION   Project Included Computer simulation Complete analysis of wood chip conversion-to-pellet operation. This included full computer simulation of the system in the form of an input-output model to take into account all variables. Model was used to predict output of actual plant for various conditions of incoming material and weather.  This was an open fired, pneumatically fed, drying system that presented some very interesting problems. (Northwestern National Life Insurance)